Rev George Schmidt is a retired United Church Minister who continues to utilize his main passion of Biblical preaching and teaching.  He retired in 2007 and since that time has served as a pulpit supply minister in churches of multiple denominations.  Rev George continues to be active on a variety of Presbytery committees within the United Church.  After entering seminary in later life, Rev George graduated from Acadia University with the M.Div. degree in 1985 and ministered to various Baptist congregations in the Maritimes, Quebec and Ontario before becoming a United Church minister in 1992.  Rev George came to Canada with his family from Western Germany  in 1952 (after having escaped from Communist Czechoslovakia a few years earlier) and lived in Toronto.  He also served in the Canadian Army from1964-1967.  Rev George is a board member of a local group – EquineAbility Therapeutic Riding Centre of Niagara – which uses riding/horses to provide therapy to challenged young people.  He enjoys hobbies which include reading, learning to play guitar, and Model Railroading (HO and G scale). 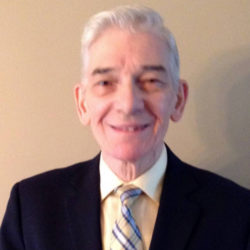 We're currently offline. Send us an email and we'll get back to you, asap.